The links between levels of employee engagement and stress 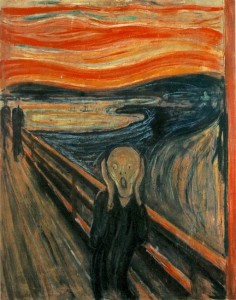 Mental Health Week this month got me thinking about stress in the workplace and generally what can compromise psychological well-being at work.

This coincided with me reading the recently published Exploring Internal Communication (3rd edition), which discusses a number of research studies showing a correlation between higher levels of stress and a disengaged workforce. For example, in one study over half of disengaged employees (54%) said that work has a negative effect on their health as opposed to only 12% of engaged employees. Engaged employees also show higher levels of well-being all round; they are more likely to enjoy work, cope with work-related problems and be able to get to sleep easily.

CIPD findings suggest that those who are absorbed in their work are almost three times as likely to have six key positive emotions at work (enthusiasm, cheerfulness, optimism, contentment, to feel calm and relaxed) as negative ones (feeling miserable, worried, depressed, gloomy, tense or uneasy).  1

It’s common sense really that negative feelings about work, or a lack of enthusiasm for it, are going to increase stress levels. Unhappy workers may detach from their workplace to help themselves cope. This is unlikely to lead to them going that extra mile for their organisation. Alternatively, they may be conscientious but reduced mental well-being means that outputs and outcomes don't equate to the effort they feel they have put in.

Psychological problems can be much lower level than full-blown burn-out, depression or anxiety. However, they can still have quite an insidious impact.

Here are some major culprits in reducing engagement and compromising psychological health for employees.

Of course, the organisation isn't always to blame for an individual's negativity or unhappiness – it may be wholly or largely down to the attitude of the individual concerned.

For example, they may not like their job but also be unmotivated to find something that would suit them better. However, a constructive, fair and timely response is more likely to put them on the right track – even if that means leaving the organisation. It will also minimise the risk of the situation impacting negatively on their work colleagues.

The right conditions for employee engagement

In summary, employees are more likely to remain psychologically healthy in the workplace if they have the following:

Do you have any thoughts on factors that crank up stress in the workplace?

1. All these separate studies are referenced in Rayton et al (2012) The Evidence: produced by the Employee Engagement Task Force ‘Nailing the evidence’ work group (Engage for Success). This document refers to a number of studies which consider the links between factors such as organisational productivity and employee well-being.